One word: nurdles. Nurdles are plastic pellets, approximately the size and shape of lentils or split peas. Nurdles are manufactured, and then shipped to companies across the planet to be made into other things — other plastic things.

I’m writing this on June 3. Two weeks ago, a cargo ship caught fire off the coast of Sri Lanka and then sank. The tons of nurdles on that ship will never reach their intended destinations. Instead, they have leaked out into the sea and are drifting along with the tide, covering local beaches in a blizzard of white plastic. The ship was also carrying caustic chemicals and had a tank full of fossil fuel, so the nurdles won’t be the only problem characterizing this man-made disaster, but they are the most visible one right now.

The surreal snowstorms of nurdles along the tropical beaches are dotted with black slicks of fuel oil and dead wildlife. On the NPR Morning Edition radio program this morning, journalist Omar Rajarathnam described dead sea creatures with nurdles in their mouths and gills, and stuck to their fins and scales. Fishing, so critical to the local economic and food system of this island nation, is not possible anymore — at least not anytime soon.

Before Sri Lanka, blizzards of nurdles blanketed beaches in South Africa, Hong Kong, the Mississippi Delta, and elsewhere after major spills. Sometimes plastic stays where it’s dumped, contaminating soils and sediments near human habitations; however, most plastic migrates, sometimes to great distances. Most stray plastic works its way through wind and rain and snow and sleet and the dark of night, passing through streams, rivers, lakes, and eventually flowing into the oceans. It can cross entire oceans; rubber ducks that spilled from a ship in the Pacific Ocean have been found on shorelines of North and South America, Europe, Asia, and Australia. Even places one thinks of as untouched by humanity are tainted with plastic. There is plastic at the top of the world, the bottom of the world, the low places, and the high.

I once read of a photographer, Shashanka Nanda, who spent a year of planning and tracking to get a dream photo of a wild snow leopard in the remote Himalayas. His idyllic dream soured when he noticed that the cat was sitting on a fragment of blue plastic — most likely an old shopping bag that was carried for miles (so many miles) by the wind and water. After the tragic tidal wave that swept Fukushima in 2011, it took a year for displaced plastic from Japan to reach the Oregon shore. And sometimes, plastic fragments brought small animal stowaways, mostly invertebrates and microbes, that didn’t belong on the shores of North America.

Most people have heard of the five large “plastic islands” that form in the great gyres of the world’s oceans, but they are literally the tip of the plastic(ice)berg. Most of the plastic in the ocean is submerged. The snow metaphor continues, as sinking plastic falls gently from the surface of the ocean, through the strata of water, all the way down to the ocean floor.

What does all this plastic do in the environment?

Some of it entangles animals. A child of the 70’s, I was shown pictures of deformed turtles caught in 6-pack soda rings to admonish me to cut them into smaller pieces for disposal. Countless marine mammals, birds, and terrestrial animals become entangled in plastic fishing gear, disposable bags, and other single-use containers. Most will die a slow death of starvation. Some will die an even slower death of strangulation or infection as their bodies try to grow around the plastic impediments.

Some plastic is eaten by animals. Many of us have probably seen the images of albatross chicks starving to death from a diet of plastic fragments. Floating plastic can have the sensory characteristics (appearance, smell, and taste) of food because of the size, shape, and microbe biofilm that grows on the surface. Plastic fills up the digestive tract of animals, leading to malnutrition, starvation, and potentially to intoxication. Because plastic is made from oils from fossil fuels and other organic products, it traps many environmentally stable toxicants like mercury, polychlorinated biphenyls (PCBs), dioxins, and other persistent aromatic hydrocarbons (PAHs) that have been associated with neurotoxic effects, endocrine disruption, cancer, and other long-term detrimental health effects in both people and animals.

What else happens to plastic?

Old plastic never dies, or virtually never. Plastic will be here long after we’re gone, but weather and ocean currents and rocks and sand do take a toll. Over time, plastic becomes brittle; perhaps you’ve noticed that plastic bags and bottles start to leak and fall apart over weeks or years. Large pieces of plastic eventually break down into small pieces of plastic. Bits of plastic less than 5 millimeters (one fifth of an inch) are called microplastics. Microplastics are everywhere, including the soil from which we grow our food, the fish we eat, the water we drink, and the air we breathe. Tiny microplastics make up some of the dust in our neighborhoods and in our homes. We are slowly becoming people of plastic in our plastic-saturated world.

What happens to plastic over longer time periods?

Well, it keeps breaking up into smaller pieces, eventually becoming nanoplastic. What happens when we eat or breathe nanoplastics? Nobody knows for sure. We know that nanoplastic particles are small enough to cross the membranes of individual cells. We are all made of up cells, which complete the millions of functions every moment of every day that keep us alive. What do plastic particles do to our cellular machinery? It’s also likely that nanoplastics can carry the same dangerous contaminants, mercury, PCBs, dioxins, etc., as other plastic.

If we completely stop manufacturing plastic today, all the plastic we already made will remain as “legacy plastic,” a silent message to future archeologists. For now, we continue to make plastic, much for items like grocery bags, trash bags, disposable sandwich bags, soft drink bottles, cheese wrappers, etc., that will be used once and discarded. Most won’t be recycled. Recycling centers in Asia, where we had previously sent our waste, have (understandably) stopped accepting our shipments over the past few years, and so most of our used plastic now goes to landfills.

What can we do?

Of the three parts of “reduce/reuse/recycle,” recycle turns out to be the least viable option. Avoiding single-use plastic is a good way to reduce your plastic footprint. Bring reusable bags to the grocery store (I’ve been reusing an assortment of canvas and synthetic bags for nearly 30 years). Carry your own water bottle and tableware (I keep a favorite pair of chopsticks with me—to the amusement of friends and family!). Avoid unnecessary plastic packaging in your life: buy tomatoes that you can put in the bag you brought with you and leave the ones prepackaged in a plastic mesh bag or, heaven forbid, on a Styrofoam square wrapped in plastic. Encourage friends and family to do the same. If you’re feeling ambitious, find out where your “recycling” goes after they load it onto the garbage truck. Encourage community-friendly education about plastic and recycling at local shops and community centers, and consider using a service that allows you to mail your plastic directly to an appropriate recycling center.

Alas, the problem is too big for consumers to solve alone. Governments and corporations must step up. The European Union made a circular economy plan for plastic in 2015 to minimize the creation of new plastic and the output of waste plastic through reduced use, recovery of plastic, and recycling. The U.S. made a plan to reduce microplastics released into the environment in 2012, but we have fallen behind other wealthy nations in plastic policy. Steps you can take include contacting your elected officials about recycling and plastic in packaging, and supporting companies with sustainable practices by avoiding single-use plastic products and packaging. It’s easy to take plastic for granted, but until we hold our leaders accountable, global plastic pollution will continue unchecked, and not just in Sri Lanka. 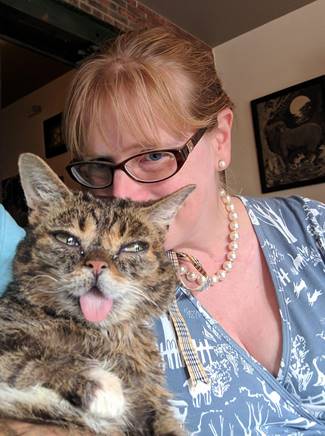 Dr. Karyn Bischoff is the veterinary toxicologist for New York State and the Cornell University College of Veterinary Medicine, as well as a Masters of Public Health student at Cornell. Karyn works on improving our understanding of the human, animal, and environmental relationship, and is interested in socioeconomic drivers of human-wildlife conflict and wildlife poisoning. Her research interests also include examining heavy metals in wildlife, domestic animals, and the food chain, and the use of selenium and vitamin E as antioxidants in domestic animals and wildlife.

Wildlife as a Window to Environmental Pollution in the Galápagos
The Buzz on Bee Toxicology
Learning the Importance of Veterinary Medicine and Conservation in the Republic of Congo
One Word: Nurdles
Rhinos, Buffalo and People: A One Health Issue in Indonesia
END_OF_DOCUMENT_TOKEN_TO_BE_REPLACED